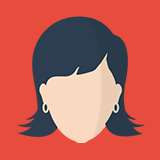 pat fogel created a new topic ' Our Family Destroyed' in the forum. 9 months ago

I find myself in a situation being labeled as "grandparent alienation". My son and his wife have cut my husband and I completely off from the three girls they adopted. (ages 9, 7, & 5) We have been unfriended on facebook, blocked from their phones, and denied any form of communication with the girls whom we have been close to and extremely involved in their lives since they were babies, beginning in 2011.

In 2016, once all adoptions were final, they decided to move from the east coast to the west coast in an effort to get the girls away from the birth mothers who were drug addicts and a practicing witch and satan worshiper. They asked us to move with them, we did. We continued to be involved in their everyday lives to the point that I was asked to perform "nanny type" duties which included sleeping at their house twice a week, getting them dressed and delivered to school, taking them home with me every other weekend, holidays, half the summer break, etc. I was with them through all the diaper years, in surgeries, sickness, health, vacations, good times and bad. Never a thank you or expressed appreciation, but love, adoration, and deep bonding between the girls and us.

What Happened?
In April of 2019 I loaded them in my car to take them to school, the oldest needed to go back into the house for something, she asked me to go with because she knew daddy had gone to bed by now and mommy would slap her in the face and pull out her hair if no one was there to see it. She said it happens all the time. I believed her since I've seen this particular girl treated roughly and harshly many times. That night after we put the girls to bed I brought it up. My son and I looked at her awaiting her response. She proclaimed "she's a bold face liar, it never happened". My son jumped on her side and they began to tell me how difficult this child was with lying, throwing literal fits on the floor (once in a department store so he took the other two girls and walked out to the parking lot without her), talking back, etc. I explained that I had never seen this in her, or the other two, they are almost always good girls and well behaved when with us. I explained that on the rare occasion when they act up I give them two warnings to behave and threaten to smack their fingers on the third offence. I shared a recent event where the 7 year old was in the car seated in the middle of the other two and while I was driving she pinched the others. She was told to stop twice and when we reached our destination she did it again. I opened her door and put her hand in my palm, explained what she had done wrong and I slapped her fingers, one time. She apologized, it ended, we went on to have a nice visit.

This discussion went on calmly well into the night. We all went to bed, the next morning all was well, I went home. When I returned the next week to perform my nanny duties and when it was time to go home (it was a weekend where the girls were to go with me) I was bombarded with anger and rage. They brought up things that had been bothering them like, "what's this we hear that you allow the girls to watch beauty and the beast live, and they say they saw the three stooges, you coddle them after they are scolded by us, they say you show favoritism, you cross the boundaries of a grand mom, you don't get to hit our children", on and on they went.

The girls were not allowed to go home with me, I was told that future visits were to take place in their home so they could supervise what was said to them, what they were exposed to, etc. ( I believe also so that they could hear what the girls were telling me about what else goes on there) I had no choice but to comply. School ended so the nanny job was no longer needed. I was instructed to call the night before to ask if I could visit. I was instructed to give an arrival time and a departure time. It started out as "come as often as you want", then it went to "twice a week is a bit much", to "with you it's all or nothing so now it's nothing". We waited two weeks and then began to ask again to see the girls. Sometimes granted sometimes we got no reply no response. I eventually said that I think it's time for family court to get involved, he said go for it, We are currently asking the family court to grant us visitation based on the fact that the girls are so connected to us and have been so close to us that it is in their best interest to have us back in their lives.

This brings us to the current reality where we are permitted no contact. The courts move very slowly. Our hearings keep getting postponed and now because of the virus the court system for non essential cases has shut down. We have not seen the girls since 10,20,1029 and they have no idea why we don't come around any more. We are heart broken and they must be too. We sent gifts and stamped self addressed envelopes seeking communication but they are never returned nor do we know if our gifts are being given to them or thrown in the trash.

We are in disbelief that they have the ability to hurt these girl and us, after all we have been through together. Our tears could fill buckets. We feel helpless. We're stuck in the worst situation we have ever been in and have no control of it. I have no doubt that God is working in this matter and I ask Him every hour to help us through it, lead us in our next steps, get us back into the girl's lives, convict our son and his wife to seek salvation and to see the wrong they are doing. Comfort never seems to come. One of the saddest things I've ever seen is my husband, a former marine crushed, heartbroken, and crying over the loss of these girls.

My husband claims to be a christian but has not put Jesus on the throne of his heart. He still sits on it and lives his life doing the things that please him over the things he knows would please God. My son claims to be a christian yet drives for uber picking up young women from strip clubs and delivering them to motel rooms to prostitute themselves. He picks up groups of men and talks them into going to a strip club where he gets paid forty dollars a head for bringing them there. He once complained to me that he had been unable to sleep so I suggested he think of a Bible verse that starts with an "A" and then one that starts with a "B" and then work his way through the alphabet. ( I usually fall asleep before I reach "H") He said that might work if he knew any Bible verses. My daughter in law claims to be a christian yet tells the girls that when we die we become angels that watch over the earth and that santa claus is real. I mention all of this because I can see that the Lord may be using this trial to work on everyone involved, because we all need "work" to be more like Him.

I claim to be a christian since 1979. My life has been one traumatic test or trial since then. I have never once run away from God, I know there is salvation in no other, I will never blame God or curse God. My love for Him is true and I'm sure He has great plans for me. I never doubt His promises and I know one day this life will make sense. I will be a joint heir with Jesus and that means I will have everything He has, which is everything!!!! SOMEDAY, this life on earth will be history. SOMEDAY is the hope I hang on to. Till "SOMEDAY", I drudge on day by day asking God for help and understanding.

Today I am feeling so low that searched the internet looking for other christians. I am asking for help from all of you. Your prayers are needed. Your reply and insights are wanted.

pat fogel created a new topic ' Lazarus at the gate' in the forum. 9 months ago

Since the virus took over the world I've been hearing many sermons about trusting God to provide our needs and not to worry because God takes care of His children. Since I believe this is true, I'd like to hear some thoughts as to why Lazarus, who was a child of God, lived such a sad life, being given disease, rags, and trash to eat.